I remember my first day bowfishing like it was yesterday. I went with a friend who had plenty of experience on the water, and he quickly got us into a lot of common carp.  The result, was plenty of shooting. I missed nearly every shot I took but finally connected on a nice 18-pound fish right at the end of our day-long session.  It was a sun-lit summer day with the carp all hanging out in the cattails and reeds along the river shore in just two to three feet of water.

Back on the Water

A few weeks later when I finally talked my friend into taking me on his boat again, I was expecting the same situation with lots of shooting right along the shore.  During the previous outing they were all in shallow water, with good visibility. When we tried this type of water again we weren’t seeing many fish. After a short while, my friend said it was time to move and go find some fish. After a couple hours of trying deeper water, as well as some mud flats, both out away from the shore, I was feeling impatient. Since I was new to bowfishing I trusted his experience and went along with my friend’s plan. Later that afternoon we got into a bunch of fish and my shooting improved significantly this time, which meant plenty of fish in the boat.

Since that time I have shot fish in a wide variety of conditions from 32 degrees in February to 100 degrees in July and every condition in between. Weather varies, water temperature varies, wind varies, everything varies.  Through these experiences, I have come to realize, in bowfishing — you just have to figure it out, because conditions can change dramatically, even from one day to the next. 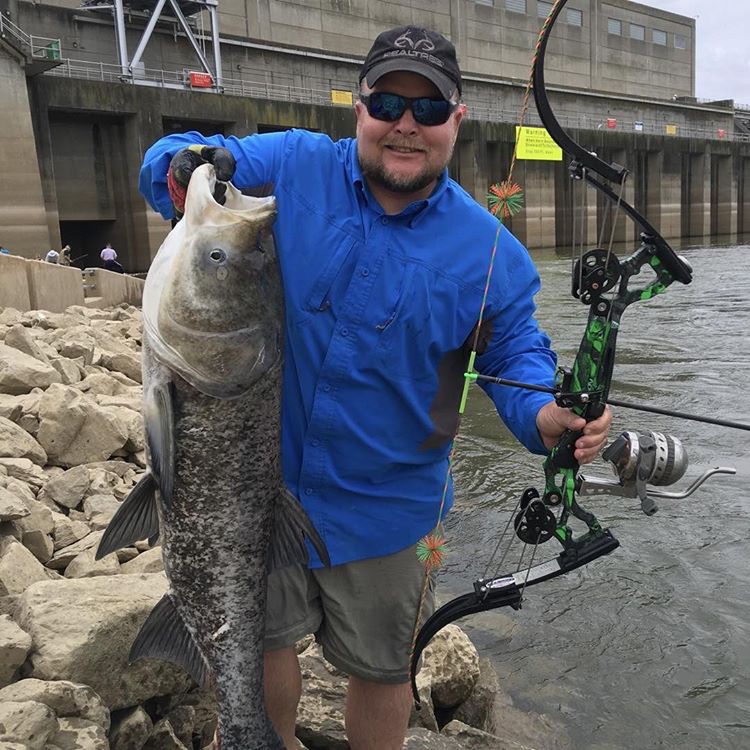 This is another thing that varies greatly depending on where you live geographically, but time of year surely plays a part in where you will find fish at certain times of the year. This often is due to water temperatures. For example a couple weeks ago while shooting fish in Western Idaho the air temperature was around 40 degrees and the water temperature was 50 degrees when we started the morning off around 9 a.m. At that time, fish were scarce along the shore in the shallow water, so we did our best to find fish and eventually found them in a little deeper water right along where the water dropped off toward the deeper channel. The fish were a little deeper, but still we were able to get plenty of shooting and some fish in the boat. By 2 p.m. the air temp was in the mid 60s and the water temp had come up to the mid 50s and we got into a pile of fish in the shallows with nearly non-stop shooting.

Other days it can be 100 degrees outside and you could be out in 30 to 40 feet of water and find them just floating around near the surface. My fishing buddies call these bloomers and when you get into this type of a situation you are having more fun than one should be allowed to have.

Like most types of hunting or fishing, it can be tempting to stay in an area where you have either shot fish in the past or even that week or day. Sometimes the fish just aren’t there or maybe they even are there and you just can’t see them. Give it a little time and if you aren’t seeing them move on. Your time is better spent picking up the trolling motor, getting on the big motor and moving and trying something different. If not, your whole day can be wasted in one spot with little or no shooting. 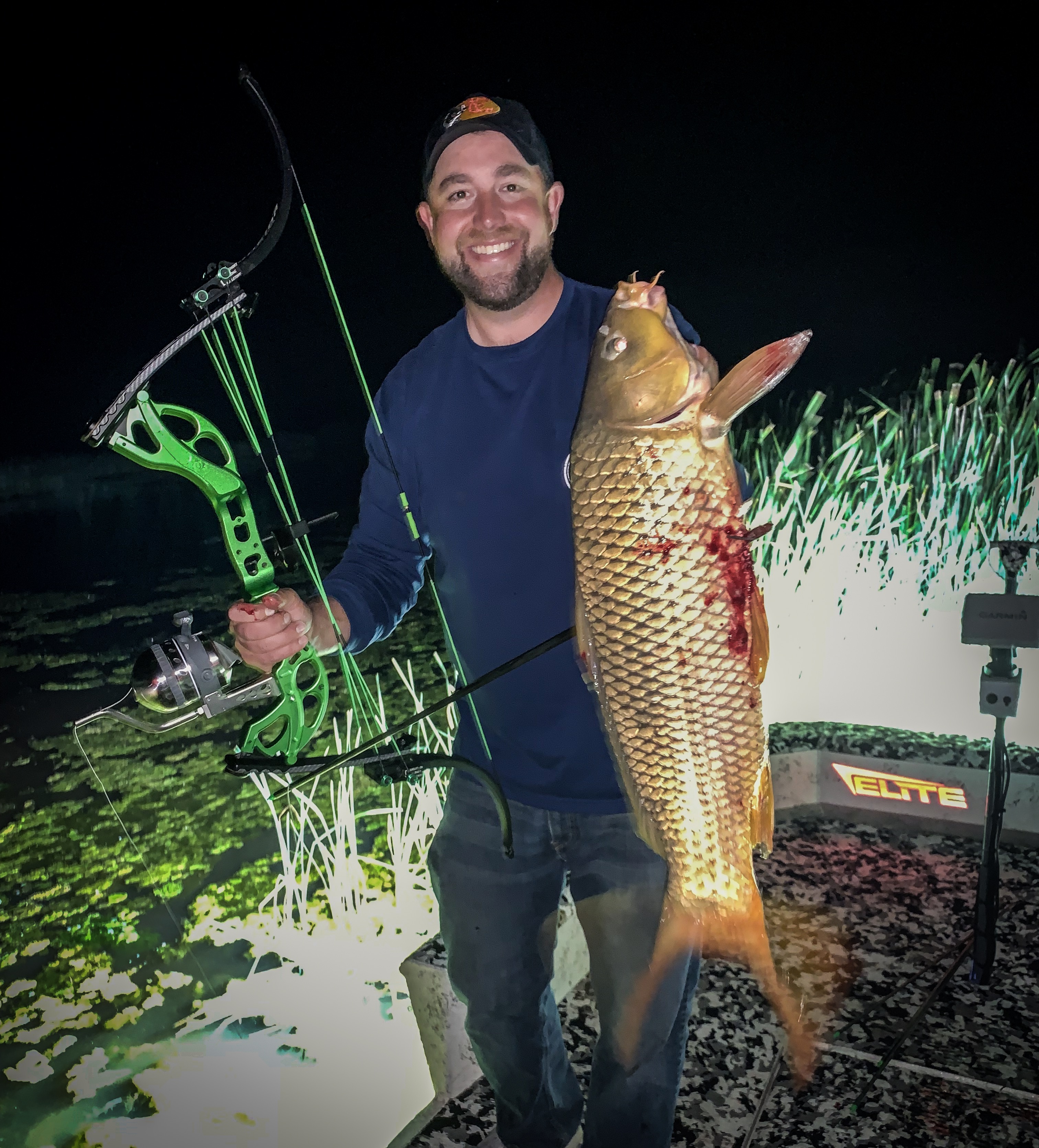 Now this isn’t a 100% all the time true statement, but often once you go through an area, it’s a waste of your time to take another run back through the same spot. Once you get into a bunch of fish it can be tempting to want to go back through the same spot again. You can definitely do this, and sometimes will see another fish or two, but usually you’re better off moving a short distance away and looking in areas with the same water depths, conditions and features as where you found the last bunch of fish.

Putting it all together

As you can see, bowfishing isn’t an exact science and it generally takes plenty of trial and error. Move around and keep moving until you find fish. Over time you will see trends on when and where you will find fish depending on water and weather temps. Basically though, the best advice is to not get stuck in a rut and only shooting fish in one condition or water terrain. Find what works on different days in different situations and you will surely get more shooting and hopefully put more fish in the boat. Above all else, keep trying and keep it fun!